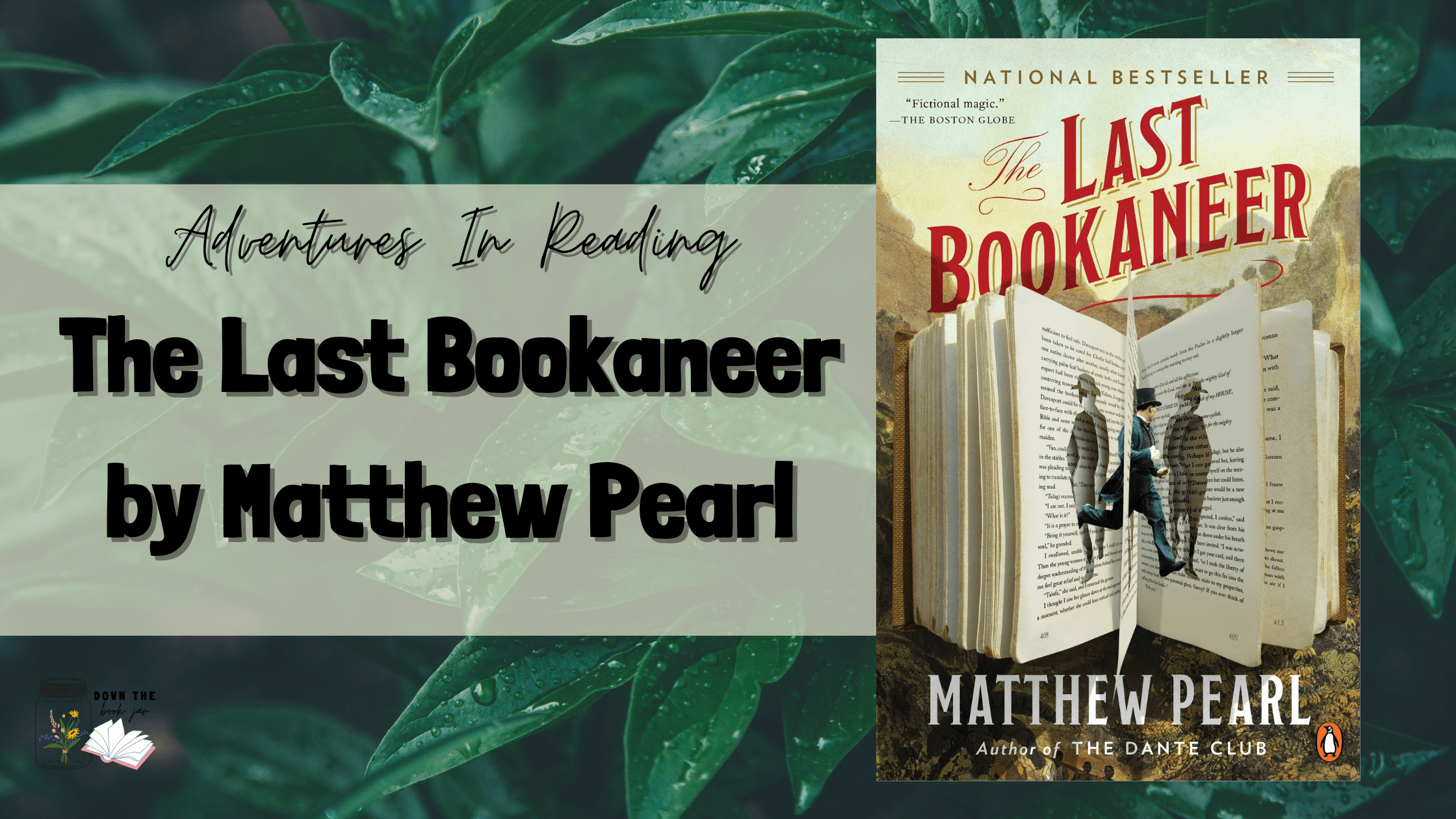 The Last Bookaneer by Matthew Pearl

Matthew Pearl is an author I always go back to. His novels are just good. I haven’t read any of his nonfiction, but I’ve read (or own and it’s on my TBR) all of his books so far. I will say that his writing can be arduous, and it takes a while to get through them, but it’s always worth it. The Last Bookaneer was no different.

Unrelated, have you guys ever tried Thrift Books? It’s my new favorite website. I was going to buy my next book club pick on Amazon. It was $9.99. For the same price, I got two books from Thrift Books. Click here to save 15% on your first order!

London, 1890—Pen Davenport is the most infamous bookaneer in Europe. A master of disguise, he makes his living stalking harbors, coffeehouses, and print shops for the latest manuscript to steal. But this golden age of publishing is on the verge of collapse. For a hundred years, loose copyright laws and a hungry reading public created a unique opportunity: books could easily be published without an author’s permission. Authors gained fame but suffered financially—Charles Dickens, Mark Twain, Robert Louis Stevenson, to name a few—but publishers reaped enormous profits while readers bought books inexpensively. Yet on the eve of the twentieth century, a new international treaty is signed to grind this literary underground to a sharp halt. The bookaneers are on the verge of extinction.

From the author of The Dante Club, Matthew Pearl, The Last Bookaneer is the astonishing story of these literary thieves’ epic final heist. On the island of Samoa, a dying Robert Louis Stevenson labors over a new novel. The thought of one last book from the great author fires the imaginations of the bookaneers, and soon Davenport sets out for the South Pacific island. As always, Davenport is reluctantly accompanied by his assistant Fergins, who is whisked across the world for one final caper. Fergins soon discovers the supreme thrill of aiding Davenport in his quest to steal Stevenson’s manuscript and make a fortune before the new treaty ends the bookaneers’ trade forever. But Davenport is hardly the only bookaneer with a mind to pirate Stevenson’s last novel. His longtime adversary, the monstrous Belial, appears on the island, and soon Davenport, Fergins, and Belial find themselves embroiled in a conflict larger, perhaps, than literature itself.

In The Last Bookaneer, Pearl crafts a finely wrought tale about a showdown between brilliant men in the last great act of their professions. It is nothing short of a page-turning journey to the heart of a lost era.

I thoroughly enjoyed The Last Bookaneer. I mean, it’s a book about people who love books! This quote is from one of the first few chapters:

“They can lull us as would a dream, or they could change us, atom by atom until we are closer to God. One way is passive, the other animating — both worthy.”

This is how powerful books are! Some read to escape or forget. Some read to learn. Regardless of why you read or why you love books, they are amazing.

However, like I said in the beginning, the book was arduous. At times, you’re reading it, wondering why this part of the story is relevant, but Matthew Pearl wraps it all up so nicely with a little bow. I’d even say it kept me guessing just a bit.

Matthew Pearl has one more book that I don’t yet have: The Dante Chamber. It’s a continuation of the first Pearl book I ever read!

Note: This post contains affiliate links, so I may receive a small commission from sales generated, at no cost to you!