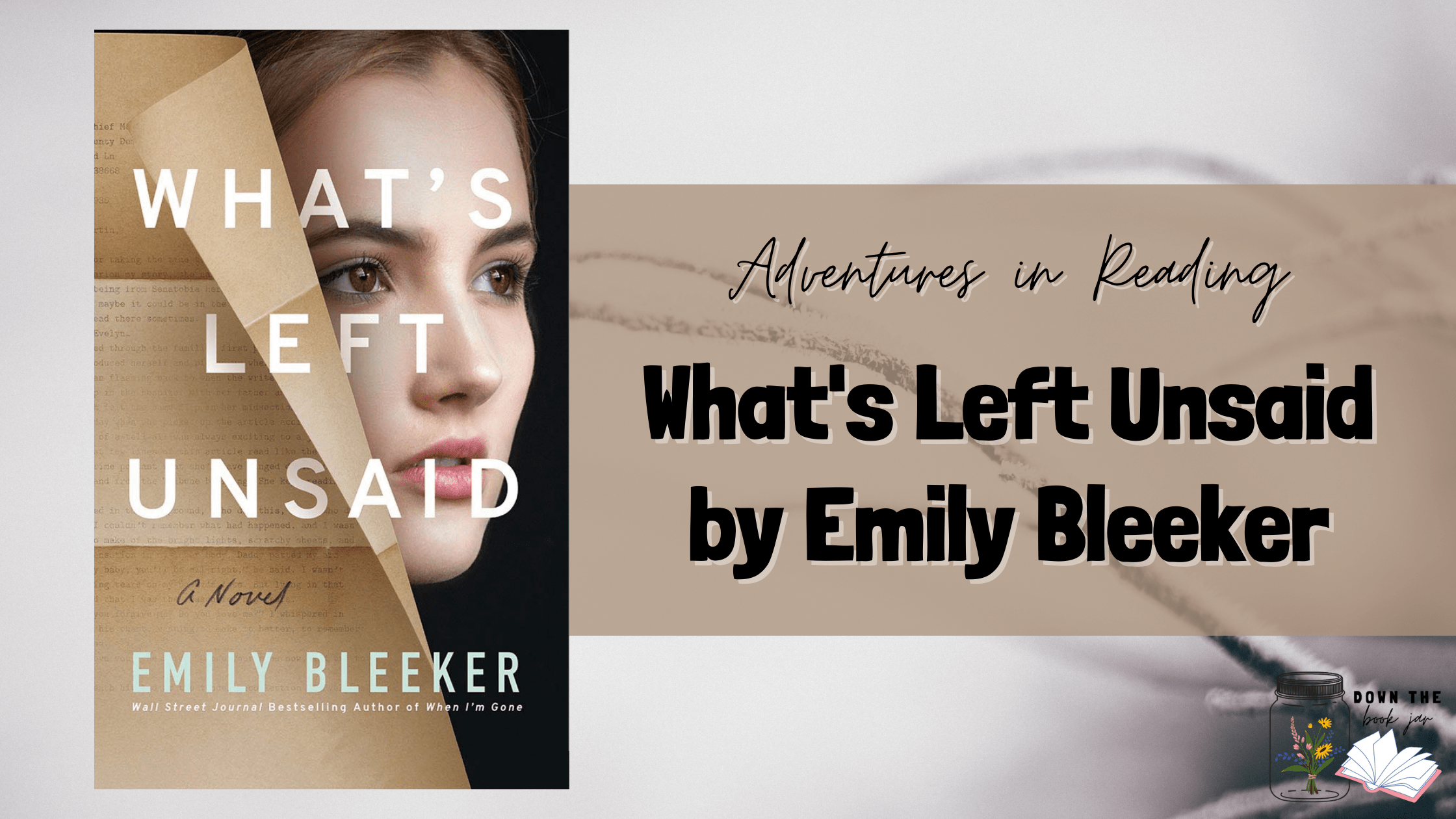 I have been on a huge ARC kick! It was mostly because I was staying at my parents’ house and didn’t want to lug around a bunch of books. I read What It Seems by Emily Bleeker when I received a physical ARC last year and really enjoyed it. When I saw that she was coming out with another book, What’s Left Unsaid, I just knew I had to get my hands on it. Big thanks to Emily Bleeker, Lake Union Publishing, and NetGalley for my free copy!

An enthralling novel of secrets, second chances, and confronting the past by the Wall Street Journal bestselling author of When I’m Gone.

After a series of devastating losses, Chicago journalist Hannah Williamson has landed in Senatobia, Mississippi, to care for her bedridden grandmother and endure grunt work at a small newspaper. But in cleaning out its archives, Hannah discovers a compelling distraction from her life: a series of rejected articles from the 1930s that illuminate a long-hidden mystery.

The articles, penned by a young woman named Evelyn, are haunting accounts of first love, trauma, and surviving a mysterious shooting that left Evelyn paralyzed at the age of fourteen. The articles stir up more questions than answers, and Hannah becomes consumed by what’s left unsaid. Encouraged by Guy Franklin, a local middle school teacher, Hannah’s investigation into Evelyn’s past becomes more personal with each new reveal. For Hannah, as both a journalist and a woman bearing her own emotional wounds, this is a chance to move forward and bring closure to the story of the girl whose secrets are buried in Senatobia.

What Hannah’s about to discover next is that, even after nearly a century, the truth she’s been looking for still has the power to change lives. Especially her own.

Y’all. I have FEELINGS about this book. Full disclosure, they are not good feelings. I only gave What’s Left Unsaid two stars.

The concept of the book had such promise. The ability to overcome hardship and be better on the other side…it could have been a book that inspired hope. For me, it did not at all.

To kick it off, Hannah’s downward spiral started when her boyfriend Alex cheated on her. As someone who had a similar experience, also by someone with a similar name, that part was annoying to get through. However, Hannah blamed all of the bad in her life on that breakup and blamed him.

She was dealing with (what I’m assuming originally) undiagnosed depression. She attempted to commit suicide, but her father beat down her door and got her to a hospital on time.

She kept this mental break from her employer in Chicago, and was subsequently fired for drop in productivity and not showing up. This allowed her to be home with his father as he died. It’s after that she determines she needs a fresh start and moves to Mississippi to be with her grandmother as she is recovering after broken ankles and needs help at home.

Now, that sounds like a lot, and a lot of awful. I am not diminishing that.

However, when she discovers Evelyn’s story, Evelyn goes through a lot. Evelyn was shot and paralyzed (that’s not any kind of spoiler since its in the synopsis). Early on, her mother dies and her father gets very sick. Her siblings are “taken” by other family members to reduce the burden on one household. She is abused by her step-mother, both physically and emotionally. THAT is a hard life. (Yes, I know that everyone has their own experiences and you should not compare strife from one person to the next.)

With all of that being said, it got on my nerves how often Hannah said that she and Evelyn were the same and dealt with the same problems. It read like, “My life is just as hard as hers. She may have been physically abused by Mother, but my boyfriend broke up with me.” REALLY?! Is that where we are in the lives of women right now?!

Additionally, I did not respect the placement of THREE different male characters, all seemingly interested in her and wanting to care for her and do whatever they could for her. I live in the South, and that is not real life.

Finally, there were bits about race in the book. It turns out that Guy Franklin is black. There’s a certain twist (that I saw coming because of how selfish Hannah is) where Guy is arrested. It turns into this huge ordeal centered around race. I get it, we are in that time, but it did nothing to help the story.

I told you guys that I had feelings. I do not feel that this book was well crafted in any way. I read the eBook, but it looks like the book is about 400 pages. I would say that’s at least 100 pages too many. I definitely think that What It Seems was a stronger novel than What’s Left Unsaid.

Note: This post contains affiliate links, so I may receive a small commission from sales generated. Thank you for supporting my book habit! 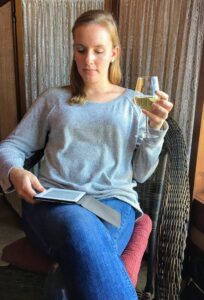