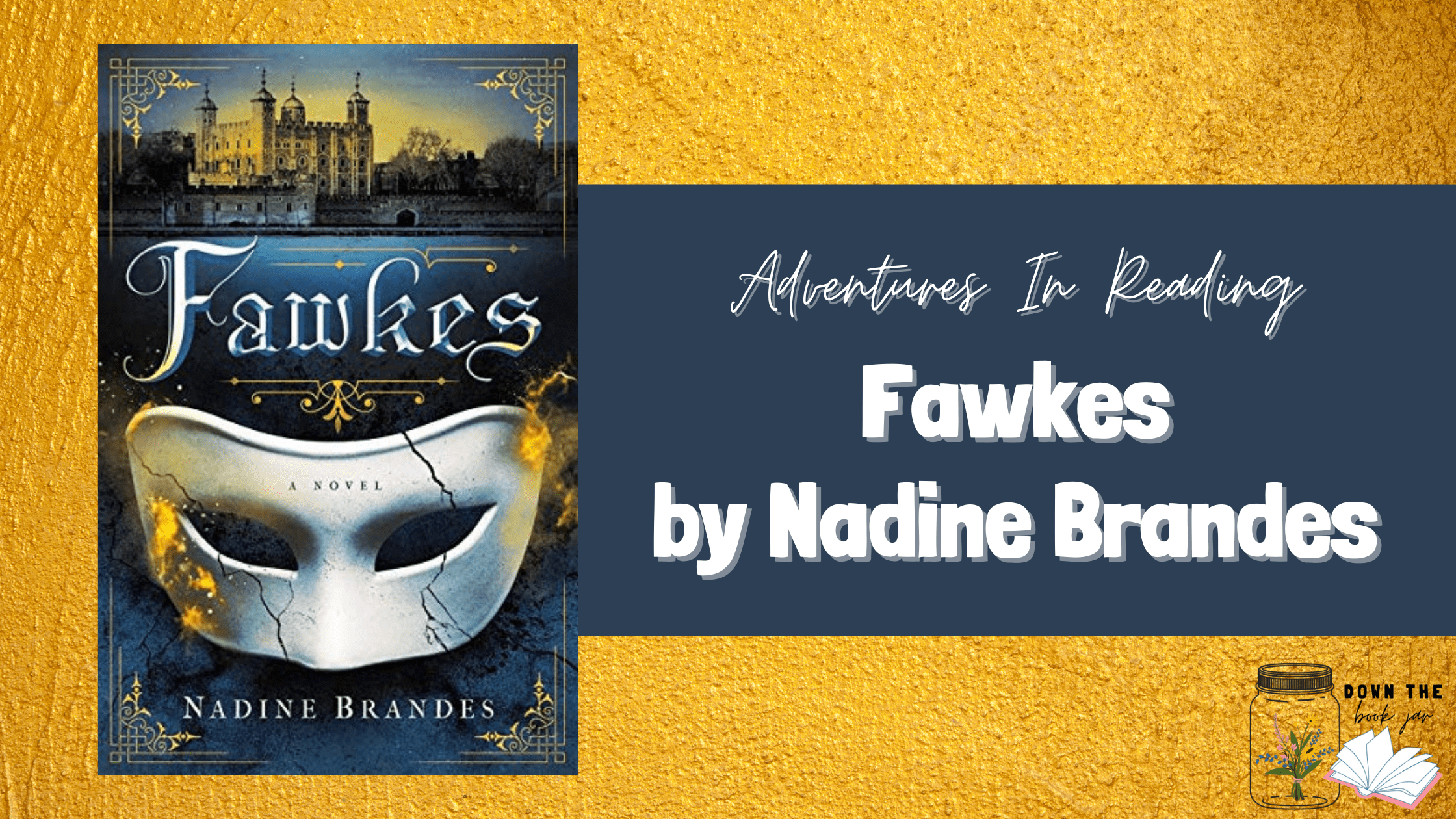 Our book club at work took a couple of months off from selecting books. Coincidentally, book club fell apart after I selected Defending Jacob, which is such a shame because it really is a good book. It will be a while before I pick a book for book club again. One of the other ladies in our group selected Fawkes by Nadine Brandes for our April read.

Thomas Fawkes is turning to stone, and the only cure to the Stone Plague is to join his father’s plot to assassinate the king of England.

Silent wars leave the most carnage. The wars that are never declared, but are carried out in dark alleys with masks and hidden knives. Wars where color power alters the natural rhythm of 17th century London. And when the king calls for peace, no one listens until he finally calls for death.

But what if death finds him first?

Keepers think the Igniters caused the plague. Igniters think the Keepers did it. But all Thomas knows is that the Stone Plague infecting his eye is spreading. And if he doesn’t do something soon, he’ll be a lifeless statue. So when his Keeper father, Guy Fawkes, invites him to join the Gunpowder Plot—claiming it will put an end to the plague—Thomas is in.

The plan: use 36 barrels of gunpowder to blow up the Igniter King.

The problem: Doing so will destroy the family of the girl Thomas loves. But backing out of the plot will send his father and the other plotters to the gallows. To save one, Thomas will lose the other.

No matter Thomas’s choice, one thing is clear: once the decision is made and the color masks have been put on, there’s no turning back.

For starters, it took me a while to get through Fawkes, but I mostly blame the fact that I read it on my Kindle. I was trying to be responsible and NOT buy another book (though I’ve bought four books in the last week…), and I was able to get Fawkes from the library via the Libby app.

On the other hand, I think it took me a while to get through the book because it wasn’t terribly interesting. There was the conflict between the Keepers and the Igniters, but we didn’t really get much history into why or how that conflict came to be. I think that could have really changed the book.

I will say that I was intrigued by the “magic” of Fawkes. I’m a sucker for all sorts of magic and the different worlds built around it. This was a mashup of historical fiction plus magic…two of my favorite things. There was even a little bit of romance in there!

I don’t wish that Fawkes was any longer, but I do wish that there was more to the book. There was a lot of “action” or “happenings” but not a lot of the why. It kind of felt like when you join a big conversation in the middle. You missed all of the exposition and just kind of go along with it and hope you get enough context clues to understand it all.

Overall, I gave Fawkes three stars. The concept of the magic was great, but there were bits missing from the book. Nadine Brandes has a “similar” book set around the times of Imperial Russia, which is one of my favorite historical time periods, so I will definitely be giving that one a shot.

One thought on “Fawkes by Nadine Brandes”